Information from the Parish Register at St. Helen’s, Folksworth.

There is only one mention of Benjamin Rowell in the Parish register:

This does not fit with the age calculated from the 1841 Census but the ages in that Census were rounded to the nearest 5 year point.

Information from the Parish Register at St. Peter’s, Yaxley.

The information at the front of the schedule is shown below: 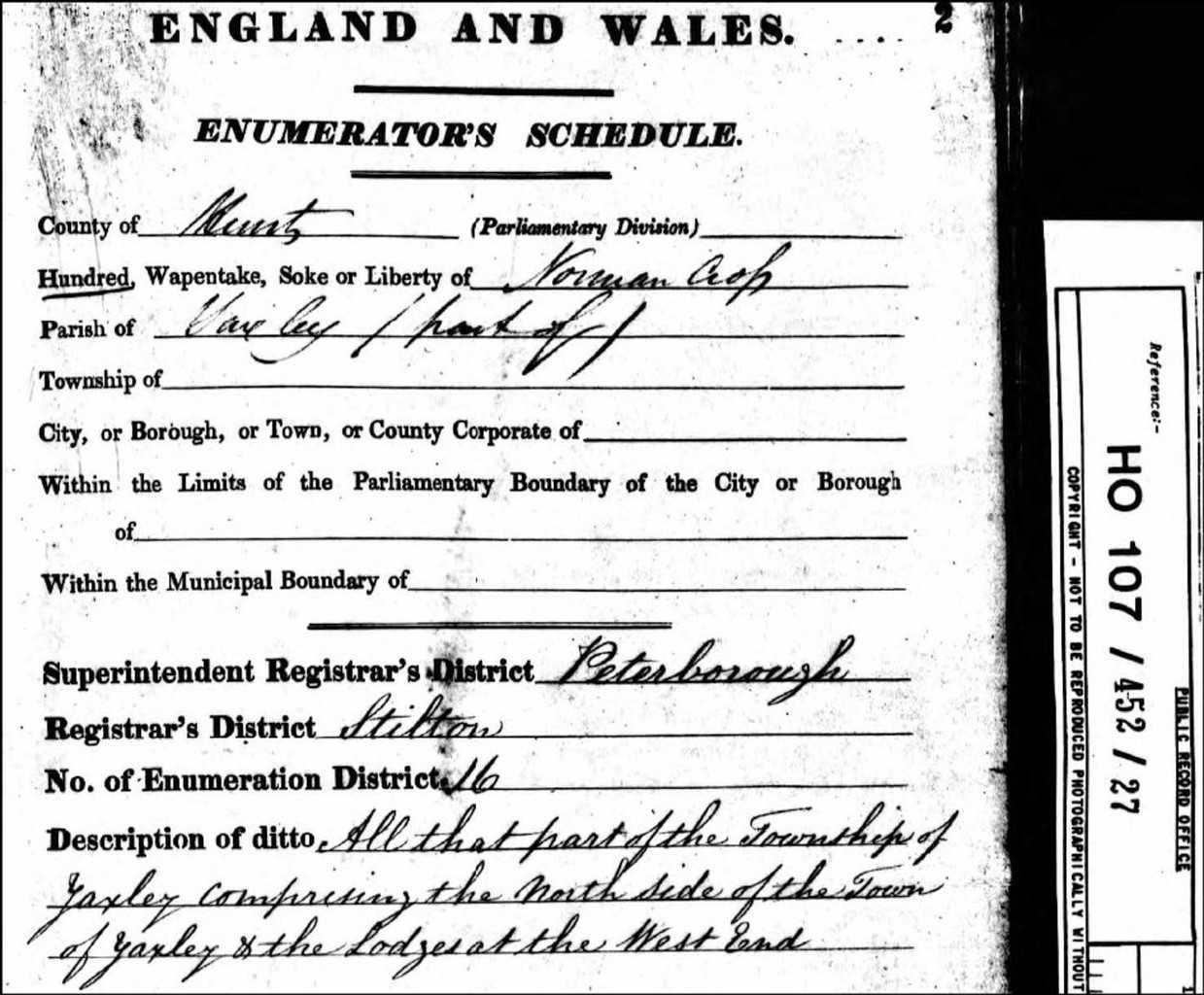 The relevant information is shown on page 6:

This shows the front of the Census schedule:

The description of the area covered is:

All that part of the town of Yaxley which lies to the North of the Town Street. 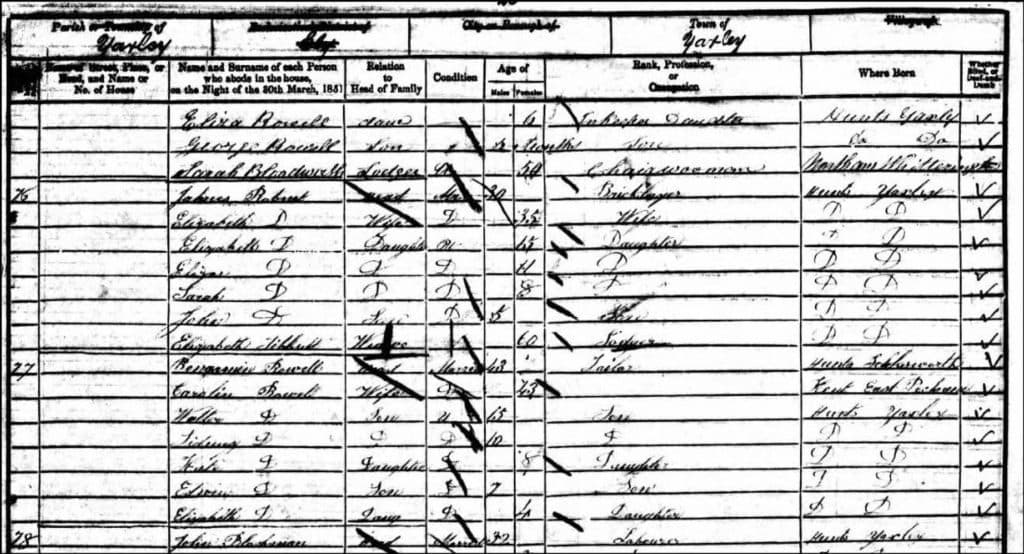 George Rowell is described as ‘Innkeeper’ here. In the 1881 Census Benjamin is living next door to the Royal Oak. It seems likely that this is where George is the Innkeeper and that the house in which Benjamin is living is one of the houses at the corner between what is now Main Street and Middletons Road. 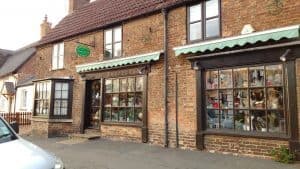 At this date David Lilley is the innkeeper at the Royal Oak.

However a niece of Benjamin (also called Elizabeth)  is staying with Benjamin and his one remaining daughter at home.

The dwelling is number 87 in the schedule and the Royal Oak is number 74. The schedule notes are shown below: 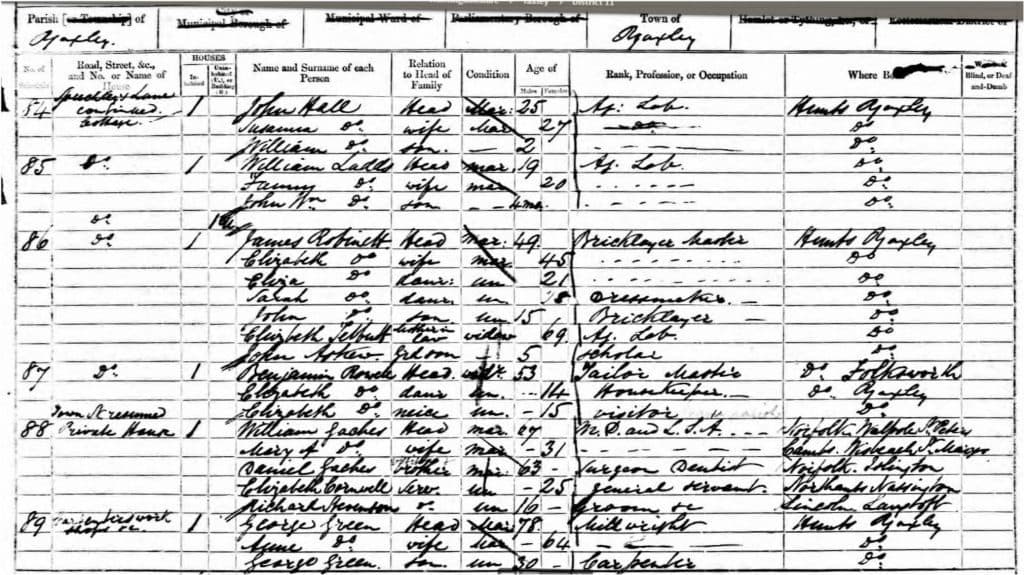 George and Ann are listed after Benjamin and the name of the dwelling is present. 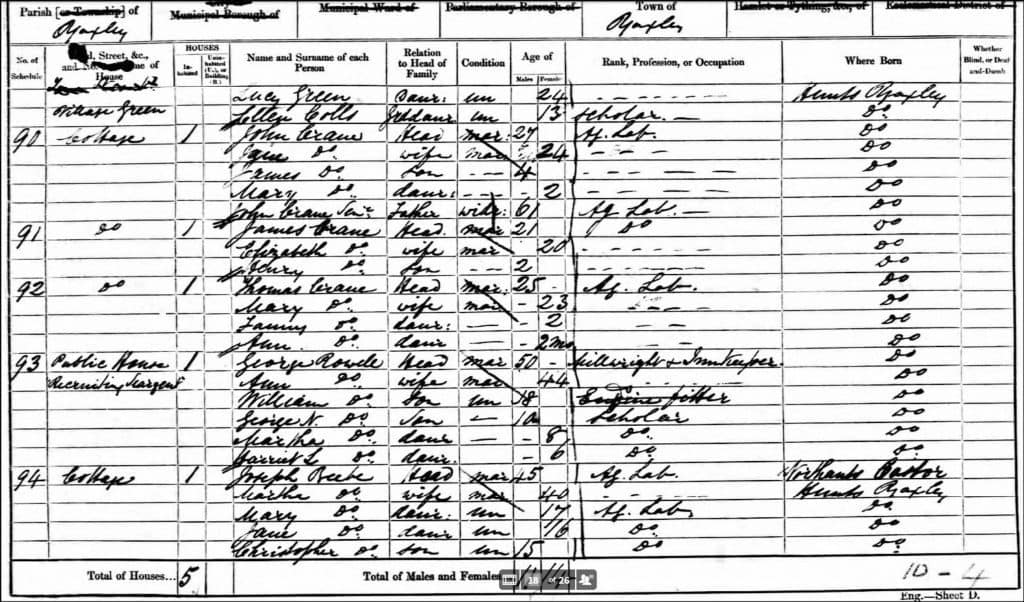 This 1824 map shows the locations of the possible dwellings: 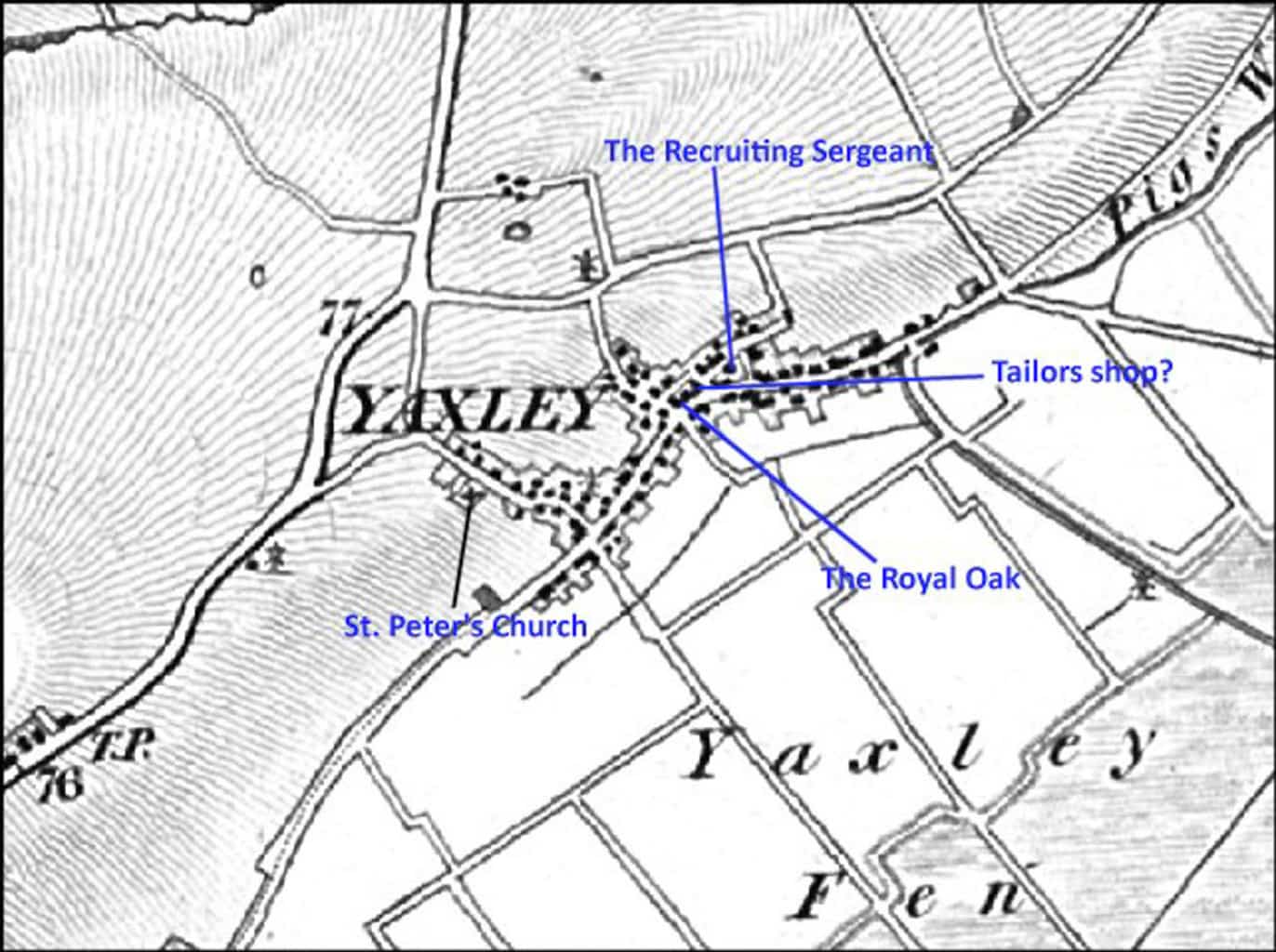 Here they are shown on the current Google map:

The house that used to be the Recruiting Sergeant public house is located just off the village green.