[perfectpullquote align=”full” cite=”” link=”” color=”#00FF00″ class=”” size=””]The link with Benjamin and Sydney is through William. The connection between William and John is through the Parish Register at Folksworth.[/perfectpullquote]

The link with Benjamin and Sydney is through William. The connection between William and John is through the Parish Register at Folksworth.

The connection with William is the result of these records:

This provides a second link back to the first record.

So we are looking at John and Elizabeth as the parents of William.

There is no birth/christening record that is appropriate for this John Rowell at Folksworth, Yaxley, Glatton or Caldecote.

There is a record of the burial of a John Rowell at Folksworth:

There is a John Rowell who is born at Tansor at the correct time: 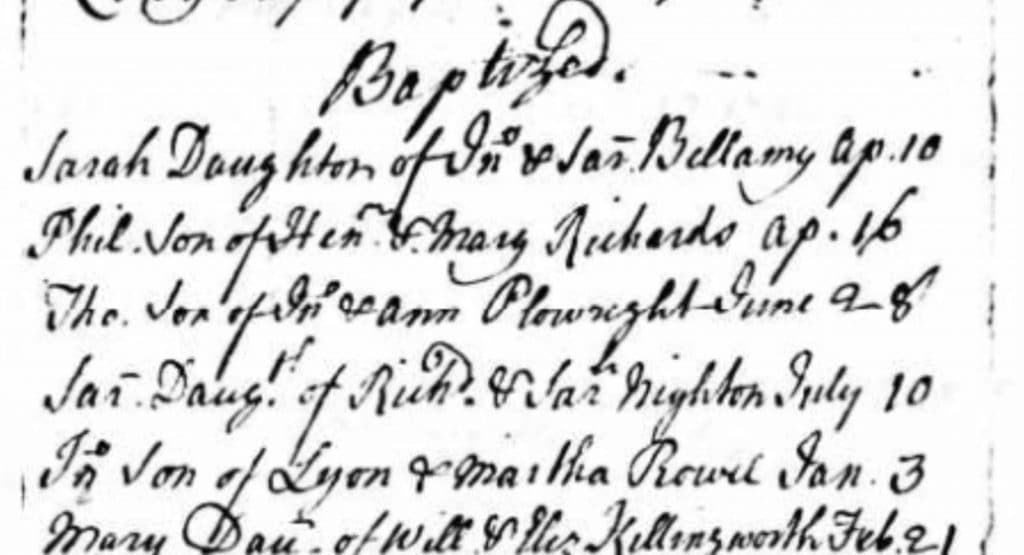 Tansor is about 9 miles away from Folksworth and about the same distance from Caldecote.

Jan 3rd 1748 is his date of birth and he has parents called Lyon and Martha.

This is the record for the marriage of John Rowell and Elizabeth Ediss. The marriage takes place at Glatton. Glatton is about a mile away from Caldecote.

At Caldecote there is only a single marriage of John Rowell and this is with Ann Ives:

Ann Ives however seems to have been born

This however makes Ann substantially older than John.

What is more the Caldecote register has Ann dying later that year:

This is all rather weird!

It would make more sense if the John Rowell who marries Ann Ives is older than our John or if Anne was actually younger.

There are two John Rowells recorded in the UK Poll Books and Electoral Registers for the Norman Cross Hundred. They are distinguished by  sen and jun.

The junior John Rowell is recorded as living in Yaxley in 1807 and is qualified to vote by L (land) in Histon, Cambridge.

There is a record of the burial of a John Rowell at Folksworth: 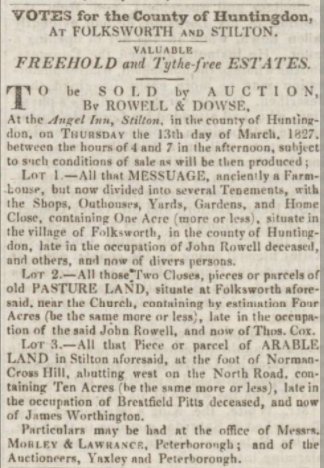 Lots 1 and 2 seem to be made up of the land and property owned by John Rowell at Folksworth.